At first, Norton noticed few electric vehicles were being shipped to Minnesota, where automakers face looser emissions mandates than in most of the United States. So he widened his search to other states — and then came sticker shock. The few electric models Norton could find at dealerships were only available in higher trims and for amounts well above the starting prices he had seen in advertisements and product launch presentations.

“You know what vaporware is – when someone advertises some awesome new software that doesn’t actually exist?” he asks. “That’s what happens in electric vehicles.”

Much has been written about unctuous car sellers adding “market adjustment” fees to capitalize on the current imbalance between vehicle supply and demand. But while that’s certainly a problem, most electric machines are pushed up to luxury car levels much sooner – before July’s average US starting price for a battery-powered vehicle – the figure shown in automotive advertisements and marketing materials – was $47,636. was $61,251, nearly a third more, according to Edmunds It’s not that automakers don’t have affordable electric cars, it’s just that they don’t make them, choosing instead to launch more lavish (and profitable) versions.

The biggest discrepancies between promised starting price and available inventory are evident in the most popular models. Kia’s EV6, which sold out recently, had an average price of nearly $54,200 in July, 32% above the starting price that Kia has been touting since the car’s launch. The no-nonsense Chevrolet Bolt — claimed to be the most affordable electric vehicle in the United States at $26,595 — was selling nearly a third more this summer, at $34,874 on average.

John Fitzgerald Weaver, who lives in Boston and builds commercial solar farms, had to travel to Long Island to find a Hyundai Ioniq 5 without all-wheel drive — the only variant under $47,500. “When I saw they had it, I was like, ‘Honey, I’m going to buy it today,'” he says. Never mind that the car came with an extra $1,000 and wouldn’t arrive for over a month.

Of course, there’s a strong economy behind it all. Arguably for the first time ever, companies that make and sell cars have more demand than supply, according to Edmunds analyst Ivan Drury. Increasing supply takes time, especially with new technology like electric drivetrains, and automakers are rushing to add assembly lines and source batteries. In the meantime, they are driving up the prices.

This dynamic is exacerbated by the fact that so many of the current parade of electric vehicles are new. In the months following the launch of a new vehicle – gas or electric – companies tend to prioritize more sophisticated versions with cutting-edge features, in part because early customers are the most impatient and spenders.

Perhaps nowhere is this tension clearer than at Ford Motor’s Rouge complex just west of Detroit, where the company is launching both gasoline-powered F-150 pickup trucks and the gasoline-powered version. battery called Lightning. Ford hopes to have the capacity to make 150,000 Lightning a year by the end of 2023, but for now it’s producing about four or five times as many gas-powered F-150s. While the Lightning can theoretically be had for just under $40,000, in July it sold for more than double that amount, on average. Ford said by email that the cheaper “pro” version of the electric pickup has been limited to one in five trucks on the assembly line as it rushes to nibble away at an overflowing order book.

General Motors, meanwhile, pushed the affordable electric vehicle narrative again this month, unveiling an electric version of its Chevrolet Equinox SUV that it says will start selling for as low as $30,000. “To get a high volume of electric vehicles, you have to reach the mainstream market,” CEO Mary Barra told Bloomberg Television.

Drury at Edmunds thinks it will be at least two years before a critical mass of battery-powered cars sells for that price. “Less than $30,000 is the dream,” he says, “but it seems almost impossible.”

So far, customers aren’t exactly fussing. The gap between starting and list prices is also huge on gas-powered cars these days, though more pronounced with electric vehicles, which are on average 30-40% more expensive. EV buyers already tend to be more affluent, and with auto loans lasting up to eight years, many are comfortable buying higher-end variants or piling on options. expensive.

“It self-selects,” says Drury. “You already have people who can afford a vehicle and if it’s their first time using an EV… they’re going to treat it as a milestone purchase.”

But affordability is arguably the biggest remaining hurdle when it comes to the more widespread adoption of electric vehicles that will be needed to reduce emissions. Despite several dozen consumer electric models hitting the market in recent years, a wide swath of Americans still can’t afford the switch. The average EV sticker price in July was also well above the $55,000 threshold for cars to qualify for the latest round of federal tax incentives.

Hyundai, for its part, noted via email that most of its new vehicles tend to attract customers wanting extra features, even at higher price points. Currently, the company says 38% of the Ioniq 5 models it manufactures are the base variant, a share it expects to increase “with the normal progression of the device’s lifecycle stages. Buyer”.

This logic, however, does not scan with Norton. He thinks automakers should have rushed to expand production of electric vehicles sooner and suspects auto executives are simply trying to squeeze profits from gasoline engines while they still can. “The automakers’ argument is basically ‘capitalism works,'” he says. “But I teach economic history and what I see are artificial constraints.”

Norton gave up buying a full electric vehicle a few months ago and settled for a Honda CR-V hybrid. It was loaded with a bunch of options he didn’t care about, although it still cost around $46,000. Moreover, he was available – sort of. “Last we heard,” Norton said, “they’re building it this week.” 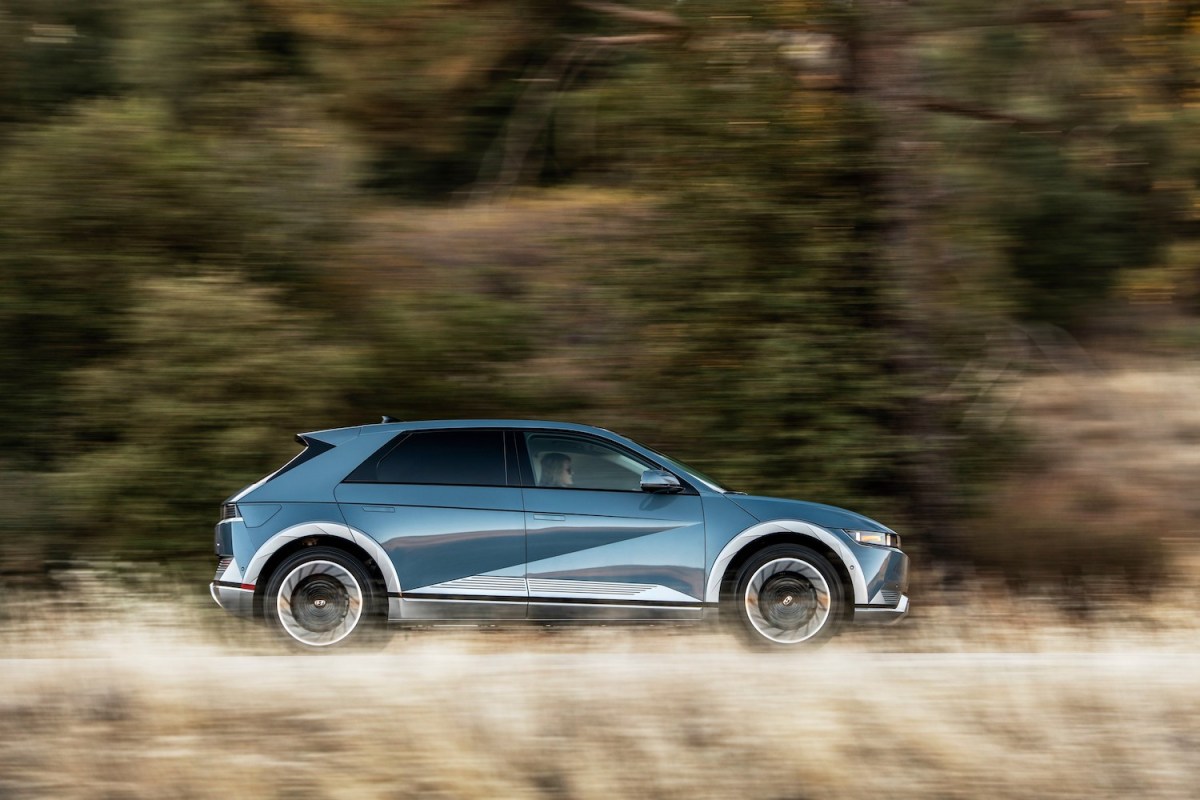